Hey everyone and happy monday! (Isn’t that just the most cliche blogger intro ever? whoops) Today I’m a little nervous as I’m going to be sharing the details of something I haven’t really spoken about before- my university experience. For those of you who don’t know, I went to the University of York to study Psychology in 2016, had to re-do first year in 2017 but eventually dropped out in January 2018. This was all because of my anxiety stemming from mum (not that I knew it stemmed from her at the time).

So, a brief overview of what happened and then i’ll tell you about the ins and outs later on. September 2016, I had just finished my A-Levels after a hugeee amount of stress and anxiety around them and although I didn’t quite get the results I wanted or were predicted, I was happy enough as it got me into my first choice uni. So off I popped to York where my anxiety got steadily worse until it came to a head whilst I was in Florida during the Easter holidays. I became a danger to myself and had panic attacks around five to ten times a day and my mental wellbeing was just so unstable I had to drop out, party down to me being unwell, but also partly because I was so behind in my work there was no way on earth I would be able to catch up on all the work before my exams and the extra pressure just wasn’t work it. I got in contact with my deputy head of department and went to go speak to her and I was so thankful because she said that she would try and get the exam board to let me re-take the year, something that isn’t really done at York. I got a confirmation a month or two later that I could repeat the tear and after a summer on working on my mental health and seeing therapists, counsellors and doctors I thought I was finally ready to tackle university head-on. However, my anxiety got worse again and I also developed depression and honestly I don’t think I’ve ever felt as low as I did when I was sat in my room by myself. I tried to persevere but realised right at the end of the Christmas holidays that making myself ill really wasn’t worth it.

Now for a bit more of an explanation. So during my A-Levels my anxiety was so bad I had to stay home from school around a third of the time, found lessons really hard unless the teacher was completely understanding and I just found every day a struggle. Thanks to my AMAZING friends I got through it but it wasn’t pretty or easy so I was so relieved when the exams were finally over. To me, getting into York was a miracle and I just remember sitting on the sofa with my Dad and sister on results day, looking at my laptop that said I had got in and just crying because we were so happy! I had only just really got into a proper relationship with Will and although he was going to Aberystwyth I wasn’t really thinking about it and just enjoyed the summer. Come September, my anxiety had become a little bit worse but everyone just said it was the ‘university nerves’ so I just carried on and I wasn’t even tooo upset when dad left after dropping me off which was a good sign to me. I remember meeting all my flat in the kitchen and us all being super awkward as we didn’t know what to say but it all seemed really positive at the time.

Then came the fresher nights and oh my did my anxiety get bad. At the time I had really bad emetophobia (the fear of being sick or seeing someone else be sick- for me it was both) and of course when people drink too much, they can get ill quite quickly. Because of this I didn’t really go out too much and just preferred staying in my ‘safe zone’ which was my room, but as you can imagine, it was pretty lonely hearing everyone outside having a good time. Being me though, I just tried to look on the bright side, was happy my new flatmates were having a good time and just tried to make the most out of the daytime events going on. 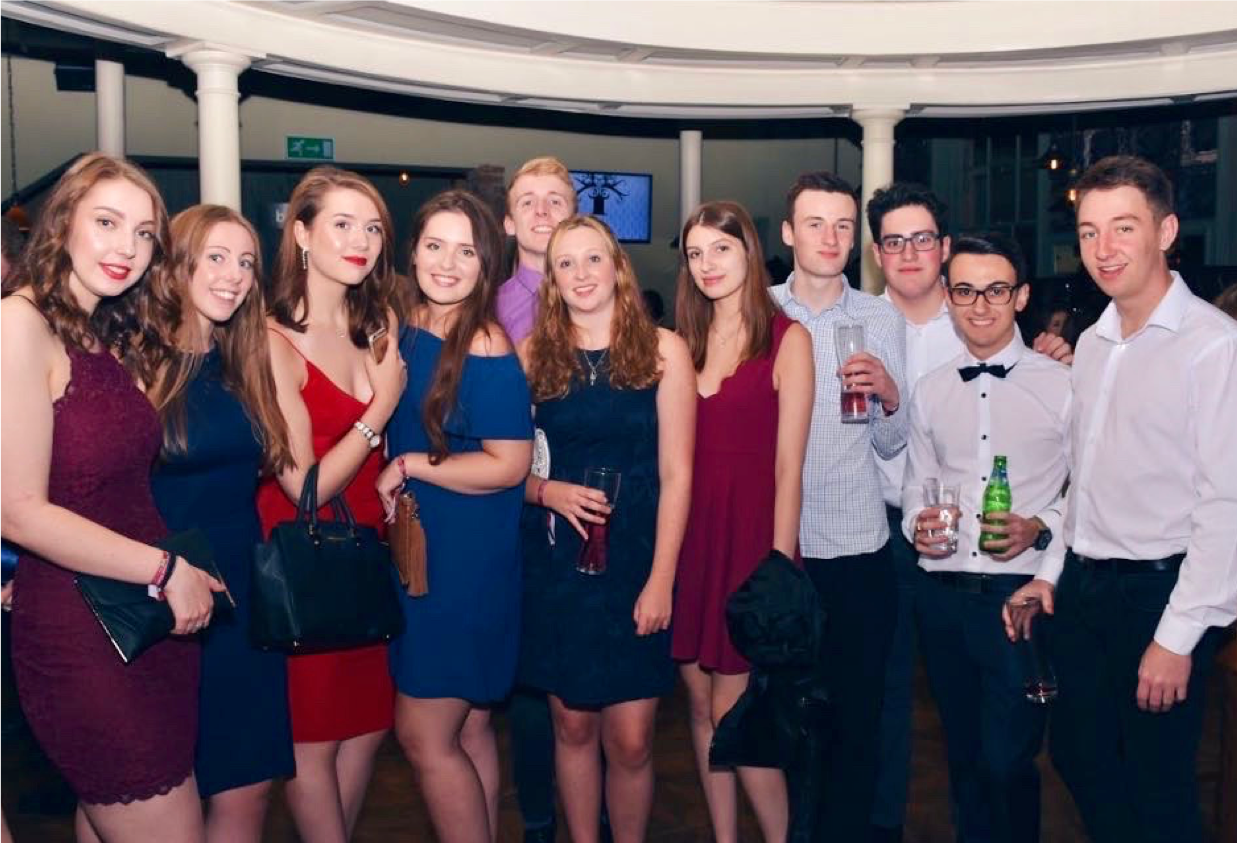 Lectures started and everything was going well until I started missing home and Will and my anxiety started to rear it’s ugly head again. Hearing everyone talk about their families and how they missed their mums really hurt and I ended up crying in my room quite a lot. It was a big relief when I had told the girls in the flat (via text because I was an absolute chicken) but it didn’t really make it any easier. So this carried on as well as the extra stresses like getting to know the university and the lecturers, the pressure to join societies, the workload and everything else and I just found myself constantly counting down the days until I could see Will as he made everything seem okay again.

So this basically got worse until Easter 2017, with me attending less and less lectures and spending more and more time in my room by myself as I was too nervous or anxious to talk to anyone. And even though I was truly really unhappy, it wasn’t all bad as I made friends with some lovely girls, went to a couple of lovely events and always had Will to support me. 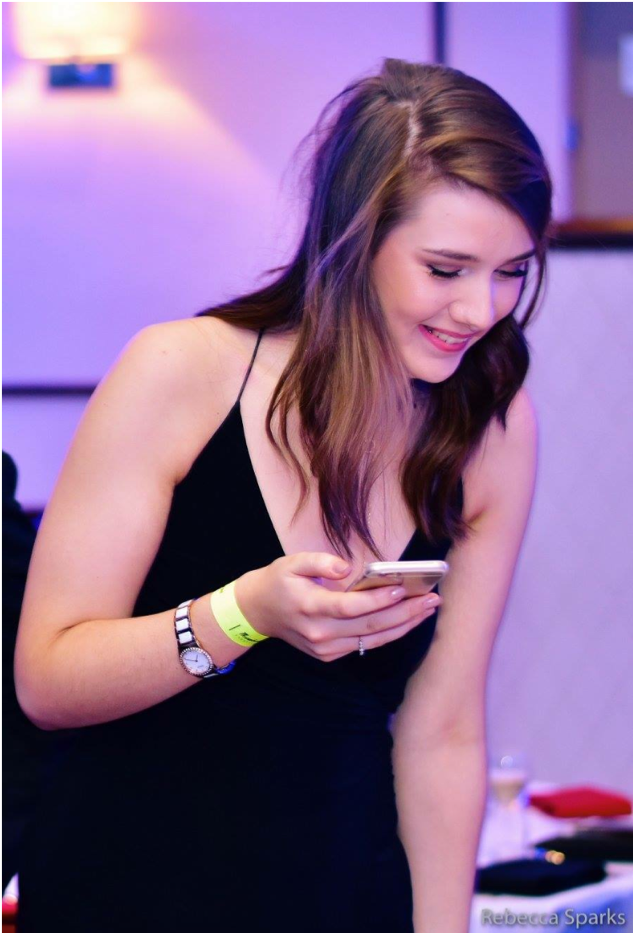 Like I said, Florida was awful for me and so in September 2017 I tried again, this time living with my friends from my flat last year. Will and I made an extra special effort too to make me feel as comfortable as I could- we made my room the prettiest and homeliest it could be and it did look lovely and helped me to a certain extent. My best friend at the time was also starting at York so that was a comfort for me that a bit of home was just down the road.

However (yep, you guessed it!), within a week or two my anxiety was awful again and I was really struggling to balance my work, anxiety and newly-developed depression. My housemates all knew and did what they could but I didn’t really let them in so it was hard for me and for them to have any kind of support network there really. I did talk to my best friend at the time a lot but she was busy with her stuff and I ended up only seeing her once a week for an afternoon. So, the (awful) routine of counting down the days until Will got to York or I could go to Aber started again and I was spending more and more time in my room, crying and having panic attacks because it all got too much at times. I didn’t really admit any of this to Dad at the time as I didn’t want to let him or mum down (which is so silly now I look back), but it meant that Will was basically my sole support and quite honestly I don’t know what I would’ve done without him. This obviously wasn’t ideal though as I could only seen him every two weeks (unless I missed uni) and he has other stresses on which meant we fought a bit when it all got too much and put a massive strain on our relationship. This carried on until probably November when I had to bail on uni because it was too much and so I worked from home with permission from my tutor. The Christmas holidays were hard as I was half working hard to prepare for my exams, half deciding if I even could go back. Then it got to January and the idea of getting on a train and going back was just too much and I was having so many panic attacks again until Dad sat me down and we decided that university really wasn’t making me well.

After that, I started seeing doctors again, started grief counselling which brings us to now! I’ve now decided that uni really isn’t for me- the environment, the pressure and being so far away from home comforts (although Will and I are still long-distance term time) was just too much for me and you know what? That’s okay. I know now I don’t want to study Psychology either- I don’t want my whole career to be based on negative experiences in my life which is what I would’ve used to help people, and I want to write and try and help people that way. And although right now I’m not sure how I’m going to do that, I’ve got time and overall I am in such a better place than I was.

So, for all of you who wanted to know my university experience, there it is! If there’s anything else uni-related you would like me to write about please let me know below.

Sorry if this was a bit of a heavy blogpost, I just hope it helps others to perhaps spot warning signs earlier on and to encourage them that it’s okay if uni isn’t for them- it’s not for everyone!

Sending all my love to you lovely lot,